Skip to content
Beyond Sharia > Blogs > What is Muslim Piety? 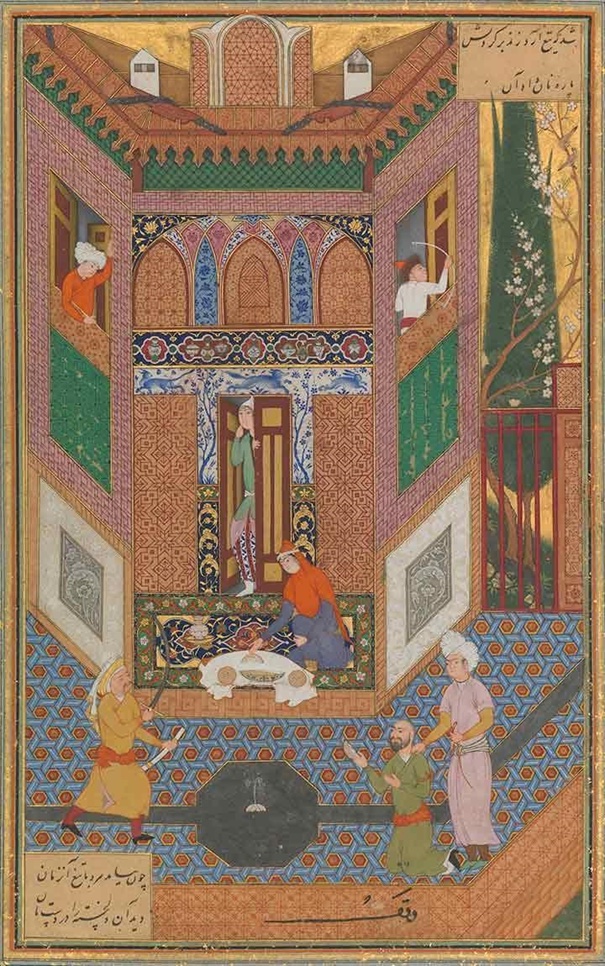 What is Muslim Piety?

The Persian literary tradition is replete with stories and anecdotes through which poets attempt to convey moral lessons. A well-known example is the mediaeval Sufi poet Farīd al-Dīn ʿAṭṭār (d.ca. 1221), a giant of the Persian mystic literary tradition who had a great influence on the well-known Sufi poet Jalāl al-Dīn Rūmī (1207-1273). ʿAṭṭār is well-known for his homiletic-styled poetry in which he often unsettles the reader’s religious beliefs and biases by using witty anecdotes and imagery.

Selling Prayers on the Day of Resurrection

One of the main questions addressed in the poetry of ʿAṭṭār is what pious behaviour is, and who a sincere pious believer is. In order to make his readers question the sincerity of their own religious beliefs and pious conduct, ʿAṭṭār frequently confronts them with the figure of the ‘wise fool’, represented in his poetry by the concepts dīvāna (“madman”) or majnūn (“possessed”), both referring to an assumed marginal figure who dwells at the periphery of society and is respected for his close relationship with God. Although in ʿAṭṭār’s poetry the ‘wise fool’ is usually questioned about his non-conformist religious behaviour at the beginning of the poem, later on the tables turn, and the ‘wise fool’ starts questioning the insincere religious beliefs and practices of the interrogator. In this way, ʿAṭṭār attempts to critique the self-complacent religious beliefs of his readers.

An example of such a critique is in a story in ʿAṭṭār’s Ilāhī-nāma (“Book of the Divine”) about a ‘madman’ who criticises a merchant, attempting to sell his prayers before God’s judgement on the Day of Resurrection. The concept of ‘judgement’ is a central theme in Islam. The presumed events on this day, and especially the question whether body, soul and spirit will simultaneously resurrect, have led to much discussions among philosophers, theologians and mystics. According to the Quran and ḥadīths the resurrection of the deceased on the Day of Judgement proceeds the end of the world or ‘annihilation’ heralded by the sound of the trumpet of the angel Isrāfīl. After the resurrection of the deceased, all people are gathered for God’s final Judgement and every person will be held accountable for his or her deeds on earth. It is believed that on the Day of Resurrection prophets and saints intercede (shafāʿat) for their community to save them from punishment. Although several saints are able to intercede, Muḥammad is believed to be the most important intercessor for Muslims.

ʿAṭṭār starts the poem with words of a ‘madman’ who is told about the behaviour of a merchant on the Day of Resurrection. The merchant boasts of his pious behaviour, emphasising his prayers:

There will be a person who has prayed for ten years,

running up and down shouting

No person will buy a bread for them,

While the merchant is shouting up and down the valley to find someone to negotiate a good price for the prayers he performed on earth, ʿAṭṭār emphasises that these prayers are not worth even “a loaf of bread.” The worthlessness of the person’s prayers are underlined by the ‘madman’, as he argues that if they were worth something there would be no need for so much shouting in front of the crowd. According to ʿAṭṭār, prayers that focus on this world are in reality not valuable, as they are not concerned with the Truth.

In the rest of the poem, ʿAṭṭār contrasts the ‘madman’ with the person shouting about his deeds on earth and looking for a business transaction just before the Judgement on the Day of Resurrection. In this way, ʿAṭṭār stresses the difference between the sham piety of people concerned with this world and a ‘madman’, who has an intimate relationship with God and is concerned with the Hereafter. With such poetry, ʿAṭṭār attempts to disrupt conventional interpretations of piety, stressing the importance of sincere pious behaviour which is focussed on love for God instead of gaining something in the Hereafter. With his evocative and humoristic style of didactic poetry, ʿAṭṭār has inspired generations of Sufi poets to reflect on the same theme. Such anecdotes are still very popular in the Persian-speaking world, where they are used to express the prevalence of inner piety as well as proper moral conduct.

Ritter, H. The Ocean of the Soul: Man, the World, and God in the Stories of Farid al-Din Attâr. Translated by J. O’Kane and B. Radtke. Leiden: Brill, 2003.

[1] This translation is mine, in cooperation with several team members of the ERC Research Grant Beyond Sharia, The Role of Sufism in Shaping Islam.

(The painting included in this blog is from a seventeenth century manuscript of ʿAṭṭār’s Mantiq al-tair (Language of the Birds; or The Conference of the Birds). The painting depicts a scene of a story in which a ruffian is about to kill a poor man with his sword when he discovers that his wife has given the poor man a piece of bread, and therefore he is not allowed to kill the man. In this story, the ruffian and his wife possibly symbolise different qualities of God, i.e., Justice and Compassion respectively. For a brief analysis of the story and the painting, see Murad Mumtaz, “The Bread of Mercy: An Illustration from the Mantiq al-Tair         (2017):     https://www.metmuseum.org/blogs/ruminations/2017/bread-of-mercy-conference-of-birds)